I have recorded six CDs so far - plus my very first recording, which was on cassette (The Housing Problem, for those who remember it fondly, and there are still those who do…). That one’s no longer available as even the master copy has seen better days, although one or two of the songs have been salvaged and are on the Ass CD, having been re-recorded.

The first two CDs, Good Intentions and 27 Roads, together with  the fourth one, Burning the House, have now been amalgamated onto a single CD, too many fences, while another, the Hills of Cheshire has been deleted as I decided I didn’t like it very much.

The last one, old bones still dream, was produced in June 2013, so I suppose it’s about time for a new one.  As I write and record, the new songs often appear on my YouTube channel, while the more political and satirical ones are being issued on a dedicated Facebook Page.

In the meantime, there’s a couple of old songs and a few new ones on the player on this page, just to keep us going until I get the new CD finished…

This was a compilation of my first two CDs - & includes my favourite song “The Fences” .  People say : “Why 27?! But the answer is so obvious I have refused to tell them.

The best tracks of the two CDs  below have now been amalgamated into one gigantic (and thus enormously good value for money) CD.  I’ve had to leave out a few of my old  favourites, so I might just put them on the site, somewhere…

This is a collection of my “comedy” songs.  Anyway, I think they’re funny…people seem to like them & want to buy a CD of them, so I thought, fair enough…  & I liked the cover!

A mostly acoustic collection of the songs I wrote while living on the Wirral.  When I left in 2005 I stuck everything I could find on a CD and gave it  to my friends.  And here it is again.

A collection of the songs written for the Irish band Kiss the Blarney which don’t appear on other CDs.  Some are not entirely serious… and the CD isn’t finished yet, either…

This was the 2010 CD. Included are 17 Millionaires (for our glorious leaders),  Soldiers, and  (influenced by my zydeco days) Hold My False Teeth & I’ll Show You How to Dance. 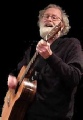