Swamp Fever was the final incarnation of my Cajun days, which began when I joined a band called Sack the Fiddler, rather unfortunately as a fiddle player. This did not bode well, although I still maintain I wasn’t the fiddler the band was named after.

One of my favourite tunes was a song called Gros Erreur, or the Big Mistake, which the Band reckoned was the story of my life.  Anyway, being a fiddle player in a band called Sack the Fiddler was never a safe occupation, so I left.

And, after I left, I must admit it went from strength to strength. 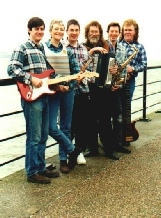 But then I ran a short-lived band called Bete Noire and, after that folded, a tenor sax player called Dave Cobley suggested we should combine his R&B strengths with my more traditional Cajun roots and put a Zydeco band together, which we did.We ran through a few bass players and a couple of drummers - starting with an old friend of mine, John Harrison (now one of the world's most lethal tram drivers) and finishing up with Matt Duffy, who lowered the average age of the band by about twenty years. We had a great guitarist in Kevin Wilson and I, once again, was reduced to playing the accordion and singing.

We played material from everywhere - some traditional Cajun because I insisted, some rock-solid blues because the rest of 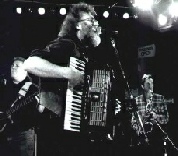 the band did the same, and a lot of Zydeco standards from everyone from Clifton Chenier to Queen Ida.

The band went down a storm everywhere we played, but unfortunately mostly in pubs where the money just about paid for a beer each and the petrol home. So, sadly, the band gently disintegrated and half of it went off to play R&B, a bit of it went back to playing Barn Dances, and Matt went to college to become an even better drummer than he'd started out, and is now running a very successful music school and rehearsal venue in Birkenhead called the Wirral Music Factory.

But I still love Cajun and Zydeco music, and if there's anyone out there who reads this and is in a sensible distance from Macclesfield and wants to play, drop me a line. But I'd really rather play ANYTHING except an accordion. 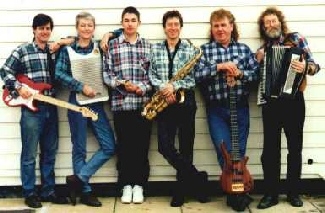